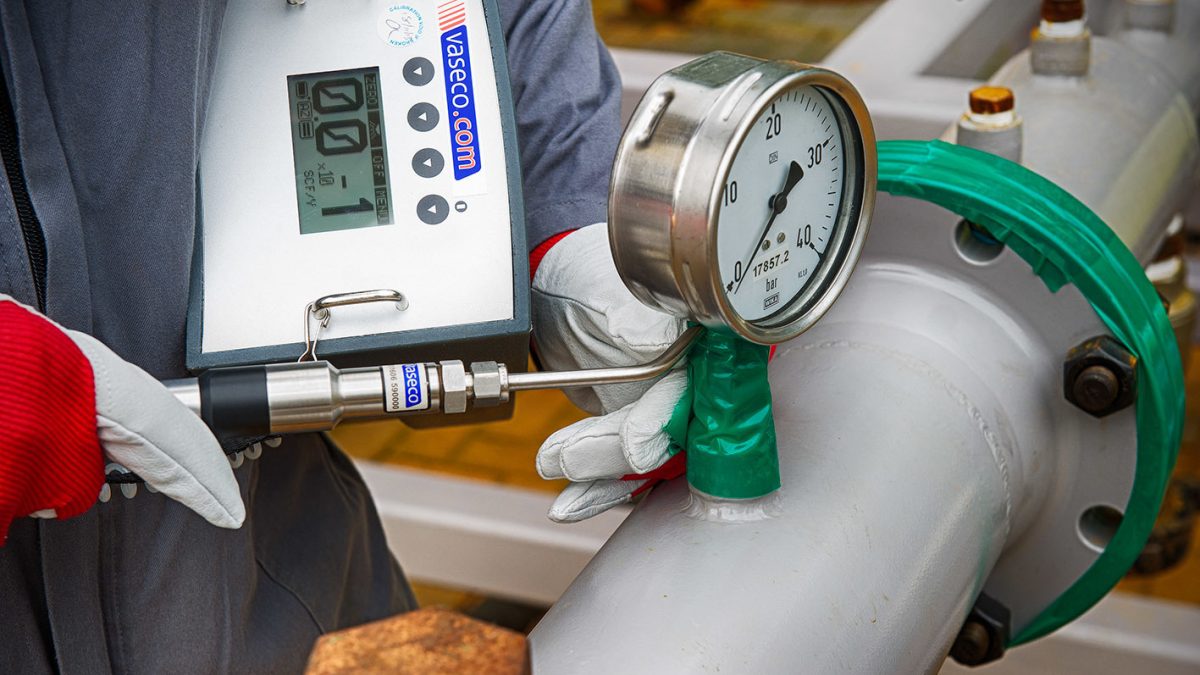 When a leak occurs in a pipeline, it is important to implement an effective leak localization method to ensure the affected area is accurately identified and swift corrective action is taken. The environmental and economic consequences of an undetected leak can be catastrophic for pipeline owners and operators.

We work non-instrusive, cost-effective and precise, offering a number of methods for identifying and locating leaks in pipelines and systems. Sometimes a leak is located by the fastest and easiest means. Sometimes we need to combine our range of methods to find a suitable solution. One thing is certain; we won’t give up until we pinpoint the location of a leak!

Using a shielded microphone, amplifier with frequency filters and a set of headphones, it is possible to follow the sounds of the pipeline on foot and listen for the leaks, which usually create a high frequency sound. We often find mud when fluids are leaking or an odor when gasses or liquid hydrocarbons are leaking.

This method involves pumping a high friction pig, usually equipped with manometers and transmitters, through the pipeline with product, air or water. Due to the high friction, a differential pressure will be visible over the pig. The side with the lowest pressure is pointing to the leak. By repeating the process we can pinpoint the actual location.

This method is used to locate and measure the size of leaks. Helium is used as a tracer gas and is first introduced to a test section of pipe that is connected to the leak detector. The helium will leak through the test section into the leak detection system and the partial pressure is measured with results displayed on a meter.

If the product in the pipeline is a fluid, helium will float to the top without mixing and leaks in the underpart of the pipeline cannot be found since the helium can’t escape. In these instances we mix tracer gases with a mass close to the product, ensuring adequate mixing of the tracer. The escaped tracer molecules are then identified in the same way as during helium leak detection.

This is a non-intrusive method of leak detection that measures the amount of time it takes for the sound wave (caused by a leak) to travel from its source to each of the segment’s site stations. The site stations can sense the arrival of the sound waves by the effect they have on the density of the fluid, which is measured multiple times per second. If the leak is in the center of a segment, the pressure wave will arrive at each of the segment’s sensors at the same time. The speed at which the sound wave travels through the pipeline is determined by the speed of sound for the product being transported. By comparing the time traveled in both directions, we are given a good indication of the location of the leak. While this is technically a sound solution, it is important to consider a number of factors such as, distance, coating, wall thicknesses, valves, valve stations etcetera, to ensure the findings are not misinterpreted.